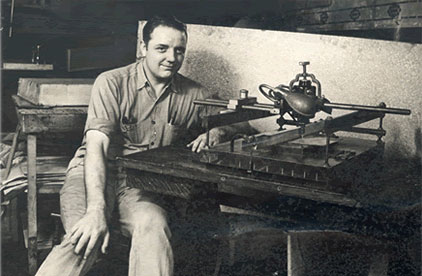 Caring is Our Way of Life

For nearly 90 years, Moeller Printing has been the trusted source in Indianapolis to help bring big ideas to life.

The story of Moeller began in 1931.  Back then, a gallon of gas would cost 10 cents, the average annual wage was $1,850 and a brand new car would set you back a little over $600.  The Empire State Building had just been completed, and the electric razor would change how men shave.

This same year, after watching an uncle operate a printing business, Harold Moeller and his wife, Vivian, opened the doors of Moeller Printing on farmland in Whitestown, Indiana.  Quickly, Harold and Vivian began printing auction sheets and the occasional hand-bill for the local movie theater.

The operation began with traditional letterpress printing, the technique invented by Gutenberg in the 15th century.  As offset printing technology emerged, Harold traveled to New York to master the technique.  When Harold returned to Indianapolis, he brought with him the knowledge to become one of the first shops to offer offset printing in the area.

Harold and Vivian’s son, Dave, often found himself working in the shop as child, doing anything he could to help the family business.  He worked his way up, until he could operate the letterpress.  Once Dave turned 18, he started working full time in the business until he eventually took over operations.

Vivian continued an active role in the business until 2007, an amazing 76 years helping print ideas come to life.  Dave’s children, Dave Jr. and Chuck, followed in their father’s footsteps helping out in the shop as children.  Both had the responsibility of creating prayer cards for the church each week.

The Future of Printing

The world is a much different place than it was in 1931, but caring about customers is a timeless quality.

In 1987, Dave Jr. and Chuck took over operations of the company.  The daily routine of a printing company had changed a lot in 50+ years.  What took weeks to plate manually, was now being completed by computer in hours.

Since the 80’s, the printing industry has witnessed even more advancements.  Digital printing now offers flexibility and speed that has never been seen before.  Wide format printing and variable data has allowed more customization than ever, and printers have now become mail hubs for commercial direct mail marketing.

The world is a much different place than it was in 1931, and it’s hard to know if Harold and Vivian could have ever imagined back then what Moeller Printing would look like today.  While the machines and processes would seem rather strange, the passion and care for helping customers would be familiar.

At Moeller Printing, we have a long tradition of caring for the people we work for each and every day.  The people we do business with become our friends, and providing the best possible product has become our way of life. 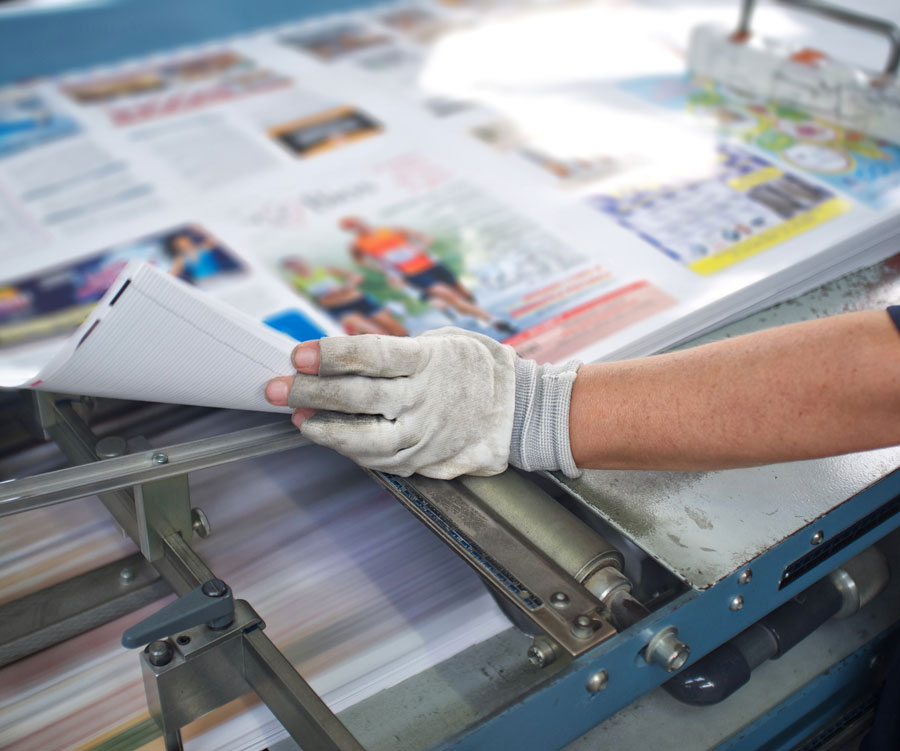 Do You Need Help with Your Next Project?